My first ‘gut feeling’ was at about 10 weeks pregnant… You know how that weird maternal instinct can be! I already had suspicions about me myself being autistic, and we knew about relatives on Toby’s side, so with genetics doing their thing there was always a reasonable possibility. One day, I woke up INCREDIBLY hormonal and broke down to Toby that our child would be autistic, I just KNEW it – but at the time, I didn’t realise how wonderful and magical that would be…

Firstly, he was a very irascible baby, for saying that babies are naturally irascible!

Colic, reflux and CMPA caused a lot of it but looking back at old videos… there is just something there, I can’t quite describe it as it’s so subtle.

At around the age of 1, we can actually visibly see his milestone progress slowing down, and even regressing, when we watch old videos of him.

We were a bit in denial about it at first, because he was so young really and we believe in giving children time to grow at their own pace.

We’d get seriously irked when my parents voiced their concerns, but then one day, his keyworker at nursery took me to one side and asked me if I’d consider having Max assessed.

At that stage we just wanted to give him time, but we knew that it was no coincidence that so many people were now concerned, so we spoke to our Health Visitor who did some extra observations and then referred us to the Single Point of Access Service for them to decide if we could see the community paediatrician… it was a yes as there was so much evidence to support being assessed for autism. By now he was a much happier child, which was all that mattered to us. 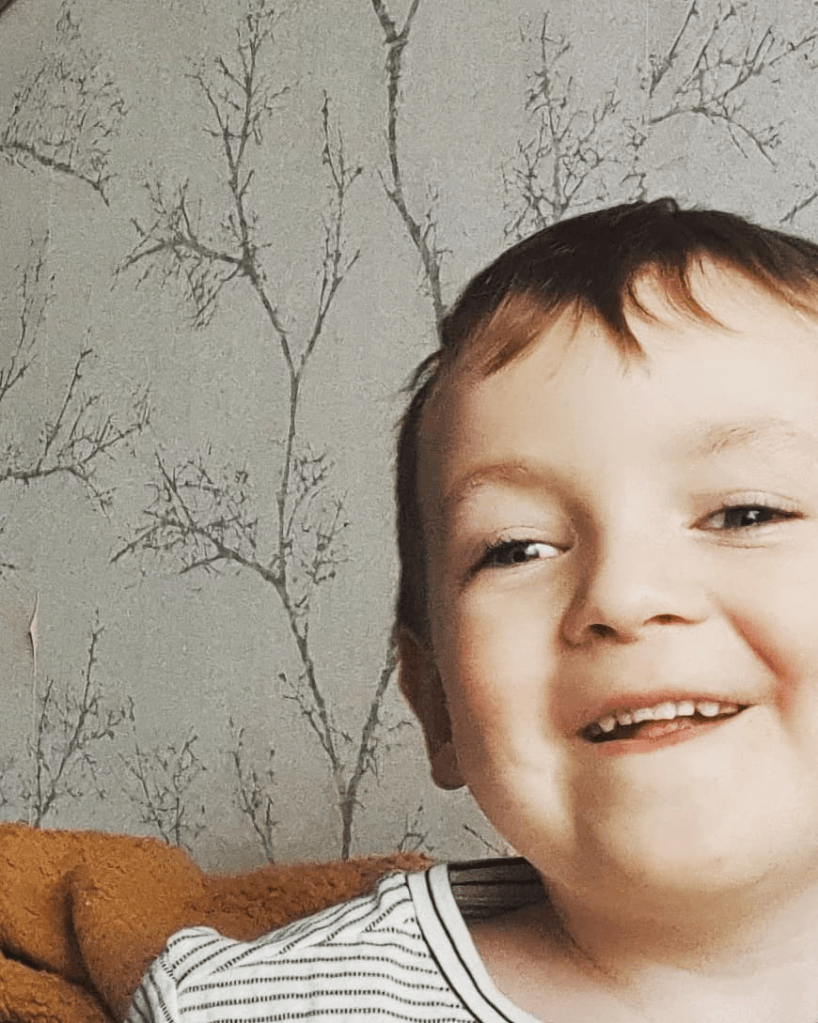 In the meantime, I was on the waiting list for my own autism assessment.

When Max was around 2.5, I had my formal NHS assessment for autism and was diagnosed there and then, so with that on Max’s record we were told it actually really helped to expedite the process with the whole hereditary element of autism. Max had just turned 4 when we finally had our in-person community paediatrician appointment and like mummy, he walked into that room undiagnosed, and walked out proudly, beautifully autistic.

Autism isn’t a ‘label’, it is a diagnosis that opens the right doors. You know what IS a ‘label’? Naughty. Mean. Rude. Violent. Bratty. Silly. Words like that used to describe undiagnosed children who just need extra support!

So if you are ever asked why you want to ‘label’ your kids, explain this to the uneducated foolish people who still believe that autistic meltdowns can be cured with a slapped bum… I’m looking at you, boomers!

So now we are just waiting for his EHCP to be sorted, after the first attempt by nursery didn’t go well. Fingers and toes crossed for progress on that front!

Remember – all signs and manifestations of autism are different. It’s a very broad spectrum and no one autistic person is the same!

Written by Katie Hodgkins for her blog, Madness to the Max

See more of our Bump Baby and You Guest Bloggers HERE.

A NEW Up Collection is Coming to ShopDisney!