Just when we thought that trolls couldn’t sink any lower…

Jake Quickenden has had to call the POLICE over social media trolls targeting his four-month-old baby boy!

His four-month-old son Leo was the target of disgraceful abuse on Friday night, with trolls going as far as wishing DEATH on the small baby. We can’t believe what we’ve read! The TV personality and public figure resorted to contacting Essex police for help and branding those behind the (now deleted) Twitter page a ‘f**king disgrace’. Jake has previously been open about the horrific social media messages he has received about little Leo from trolls, so we really feel for him and his partner, Sophie.

On Saturday, Jake shared the vile messages he had received from an account called ‘Jake Quickiden baby is ugky’ (spelled incorrectly)! 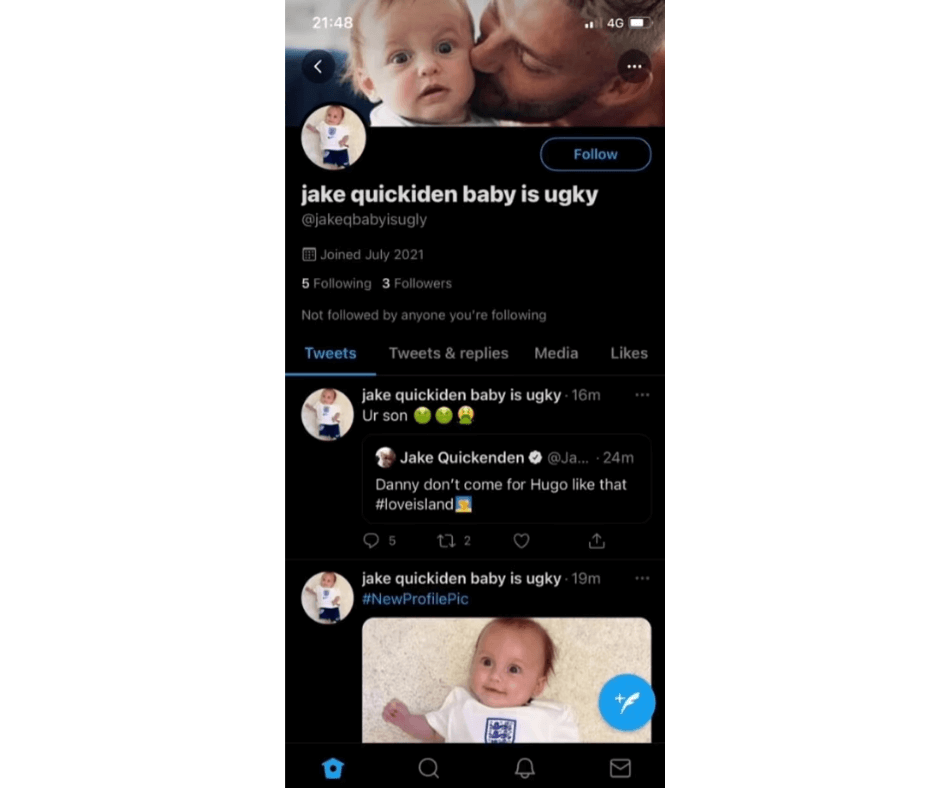 ‘I can take some sh*t, but there’s a line you don’t cross and wishing death on a baby is crazy behaviour and whoever is behind it needs locking up.’

Jake also went on to screenshot of one of the anonymous account’s messages and share it on his Twitter, tagging in Essex police saying;

‘Can someone from @EssexPoliceUK surely help this page is disgusting!! Need to find out who is behind it.’ 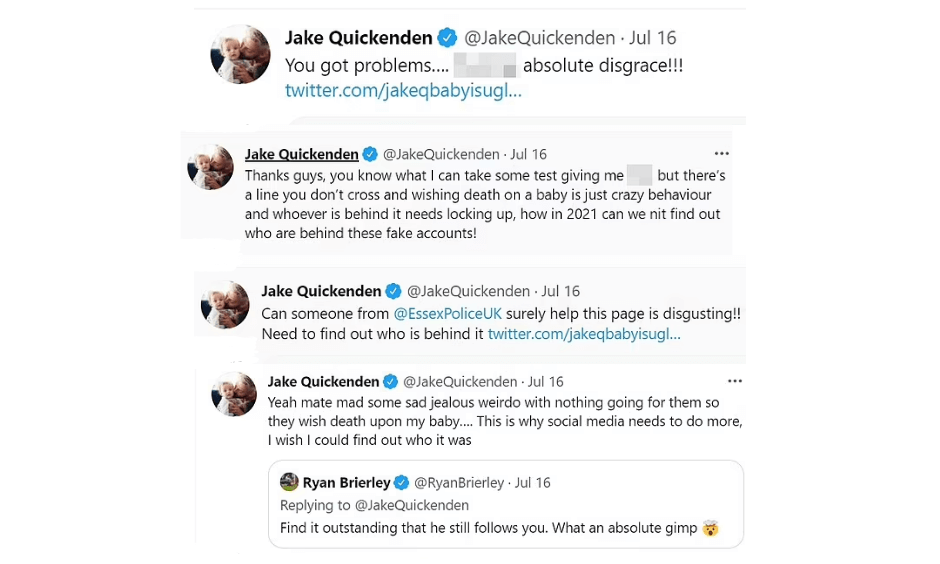 Whatever happened to ‘be kind’? It’s bad enough when an adult is targeted, but when a baby this young is the target of trolling, it’s beyond contempt and we seriously hope that the police are able to track down this troll, and bring them to well deserved justice.

The Best Free-From Treats at Tesco!