A New Royal Baby for Princess Eugenie and Jack

A huge congratulations to Princess Eugenie and Jack Brooksbank who have welcomed a new arrival to the Royal Family.

She captioned the post with three blue heart emojis. The photograph shows her little one’s hand being held by her and Jack – how sweet is that?!

“Her Royal Highness Princess Eugenie was safely delivered of a son today, 9th February 2021, at 0855hrs at The Portland Hospital. Jack Brooksbank was present.

The Queen, The Duke of Edinburgh, The Duke of York, Sarah, Duchess of York, and Mr and Mrs George Brooksbank have been informed and are delighted with the news.

This is Princess Eugenie and Jack Brooksbank’s first child, The Duke of York and Sarah, Duchess of York’s first grandchild, and the ninth great-grandchild for The Queen and The Duke of Edinburgh. Her Royal Highness and her child are both doing well.” 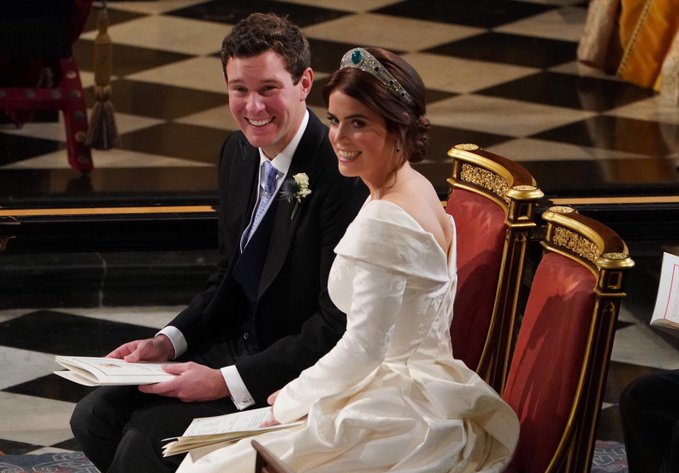 Eugenie and Jack’s son is 11th in line to the throne, taking the place of the Earl of Wessex, Prince Edward – the Queen’s youngest son – who has now moved down to 12th place.

Master Brooksbank will not hold a title nor will be an HRH, unless the Queen decides otherwise, due to the fact that he was born down the female line of the Royal Family.

The new line of succession to the throne is as follows:

1. The Prince of Wales

2. The Duke of Cambridge

6. The Duke of Sussex

We can’t wait to learn the new baby’s name – we will have more on this as it’s announced.

I'm a first time mum - relying on copious amounts of tea, chocolate and a whole lot of Googling to get through parenthood...

Princess Beatrice Has Given Birth!