Yes, My Child is STILL in a Pram – Quit Staring!

*Warning – passionate post ahead!* Those who know me will know how INTENSELY this winds me up. Like, you know the sort of fury that comes tinged with genuine upset, that actually makes your chest ache and your head spin?

The sheer injustice of it makes you want to turn around and scream ‘f*ck off’ in public like a demented lunatic, because how dare they judge you and your child? They don’t even KNOW your situation.

A lot of SEN mums I’ve chatted with find this easy to ignore, whilst agreeing that it’s rude and irritating, but I’m a very sensitive person, clearly, because one dodgy stare absolutely ruins my whole day!

When random strangers stare at Max in his buggy it really hurts. Don’t get me started with the side eyes, the eye rolls, the tuts and the clucks… and the folk who turn and mutter snide comments to their companions. And OK, admittedly I’m probably assuming a lot of the stares are rude/uneducated, but still, it is RUDE to stare even if you have kind intent!

But why does it bother me so much, really?

It hurts because I am well aware that there is a preconceived notion in society that a child should be walking independently in public well before the age of 4, especially when they’re as large as Max, who is now wearing clothes for the average 6 year old – he’s built like a brick shithouse and set to be a good 6 foot something – so of course, I feel right in thinking that a good portion of starers are going to wondering why such a large child is still in a pram. The jump to negative assumptions about me and my perfect, wonderful child is WHY it bothers me.

It doesn’t help that comments along those lines are rife on social media too, so it’s very clear that this is still a pervasive attitude that I can see for myself!

“Why is she not MAKING him walk? Jeez, how spoiled is he!”

What it all boils down to here, is assumptions.

The truth is, a lot of children on the autistic spectrum actually need to be in a buggy or specialist buggy-wheelchair for very, very good reasons, even if they physically don’t ‘appear’ disabled or have physical problems. My child’s safety is more important than what you think is ‘normal’, fundamentally.

Imagine, in 2021 when the world of invisible disabilities is being championed and campaigned for, people can still stare and make rude assumptions about a child who has one. 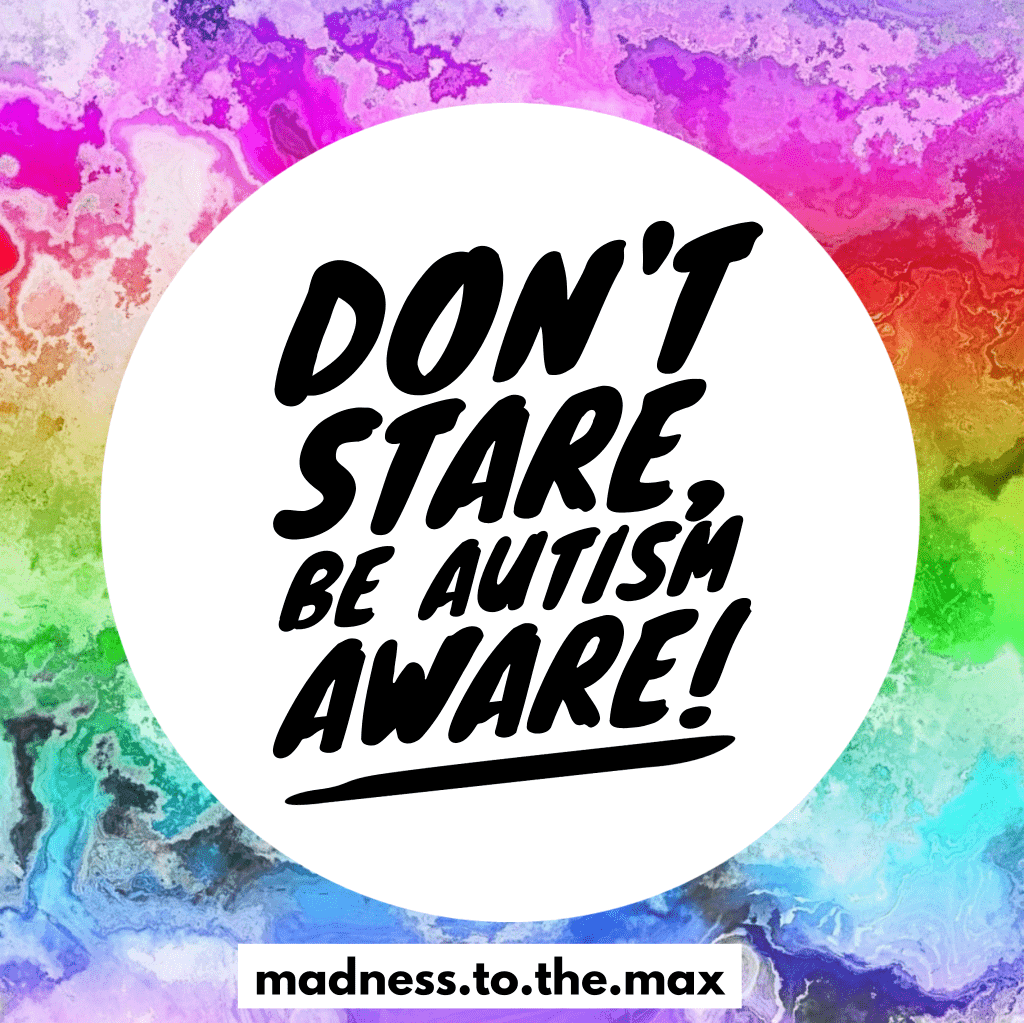 If you ever see a large child still in a pram/buggy, they’re likely in one for a very good reason, even if this isn’t obvious.

For us, it’s all down to safety and I’m not going to compromise on this just to stop strangers from being ignorant.

Luckily we can cope without a pram if he has 2 or more adults close by, or in places away from roads, crowds or other hazards, but we live in a built up area with a lot of traffic and I’d never forgive myself if he had an accident that could have been prevented by USING the buggy (and reins, when he actually lets me put them on him…).

I’m sure ANY parent, even those who don’t really understand autism, could relate to that… Right?

Written by Katie Hodgkins for her blog, Madness to the Max

If you liked this you might also like…
The First Inkling of Autism
Tips on Managing Autism Meltdowns, Tantrums and Aggression
Christine & Paddy McGuinness’s Youngest Child Diagnosed With Autism
Autism, Meltdowns, and Judgmental ‘Karens’
Read more of our Bump Baby & You bloggers HERE.